Lately, I’ve been overthinking. More than usual. I’ve been pondering in my relationship. I’ve ben pondering in my relationship with peers, friends, and professors. I’ve transported myself back to the time where it felt just like this one. I call it the Great Depression of 2008. But (there is always one, isn’t there?) it’s not.  The circumstances are not the same. Many things are similar, financial problems, for instance is one of them. Also, it reminds me when I started in studying music in 2002. In short, I rediscovered or should I say reaffirmed that everything is a cycle. The good things and the bad. But in everything that has happened to me. In all these almost 24 years, there has been one single common factor: Music. My One winged Angel.

When I started studying music in 2002, I was bullied. I never wanted to accept it (as many things about myself, my reality or my life), but I did struggle with it. My defense mechanism is to over-work. So I became more of a workaholic (if it can be possible). I also became (more than ever) distant with my reality and the people who were close to me, and acted as if everything were peaches & cream. My family (who I believe never noticed anything, I am a good actor when I need to be) finally let me take music classes. So, I poured myself into the only thing I could. Music. I also did my academics, but who cares! I had MUSIC from 4:30 to 6:30 from Monday to Saturday. I made my own little universe of pitch, tones, harmonies and I stayed there. I did it so much that it was the only thing I could think of from when I got woke up until I would fall asleep. I attended Concert Choir, Chamber Choir, Plucked Strings Orchestra, Guitar. Cuatro, Theory Classes, in short everything and anything I could musically. I also founded a Music Club in my school so that I could think about music at school too. After doing all of this, did it work? Did it seclude me from my reality, and most important my problems? I can say yes. Did I learn from it? Yes. Did it help me? Absolutely. Was it maybe a bad way to manage my problems? Yes. Which is why I have tremendous empathy for people who have battled with depression. Everybody deals with depression, rejection, and anxiety in different ways and every case differently. My escape is (and always will be) Music. Sometimes it frustrates the hell out of me. Hell, sometimes it gives me a migraine! Sometimes I take it very, very, very personal when other musicians do a crap job (or don’t care). Maybe it’s the perfectionist in me but I can’t help it. Music has giving me so much, that I just want to do the best.

I struggled, but survived High School. I thought that everything would get better, and for a moment it I was under the aloofn

This time I wasn’t really that good at acting. Mainly my brother was the one who noticed. I lashed out on everybody in my family, but kept a happy face and my strong demeanor in my college life. I have basically no social life so (I believe) they didn’t noticed. I was the same (even more) nerd that I was on my freshman year and continued to do so. My bachelor is in Musical Education, so I majorly focused on my studies and vowed to “get out of this place and promised myself I wouldn’t do what I was living to myself or to my loved ones”ess that everything would. Untill 2008 rolled in. I was in college. I had a good freshmen year. I was getting to know my peers, making new relationships, new friends like Sheila, Glorimar, and Yolimar. And just like “The Last Airbender” scene: “Every thing changed when the fire benders attacked”. Everything that was dear to me changed, was grabbed like a lolly from a baby and I was down, again. And I was on the floor receiving kicks. Life intervened again, and just like that self-defense mechanism did too. I had to move from my house (to my sisters and then to the apartment where I currently reside). I had to basically sell (most) of everything I owned, because it was “no longer mine”. Everything changed, and so did I.

During my passage through the Music Institute I was always keen in Conducting (especially to Choral Conducting), and my musical mother Fombe, noticed. She basically took me under her wing for the past decade, and she made me a chorister, a singer but most important a teacher. When I was in college my passion for Music Investigation was Prof. Laracuente. My love for writing flourished tenfold thanks to Doctor Mercedes Torres. My love for Choral Conducting (and the one who gave me as much opportunities to cond

uct) is thanks to Prof. Ruben Colón Tarrats. But  there was one professor who taught me the most about musicianship. That was Professor Freddie Feliciano (AND) Aponte (because I have a mother!).

Professor Freddie Feliciano (and) Aponte is the one who basically told and taught me to believe in myself. He was the one who told me that if I have a talent I must share it, the one who told me one day that I must love and let myself be loved. The one who basically flat out told me (very sassily) that I have all the passion, talent, but “most importantly the drive, and motivation” to do anything I want in my life is Prof. Freddie Feliciano.  Freddie is an amazing person.

Freddie (because that’s one of the things I love about my music department, the professors encourage you to call them by their name) showed me who a musician is, how a musician should act, and how a musician reacts to to the world around him/her. Freddie taught me not to give a damn about what other people think about you. Freddie taught me and rekindled (just as did Kevin) my love for languages, especially the French language. It never occurred to me HOW much he taught me. And the only thing I can think about is the same question I have to all the professors mentioned above… “You’ve taught me so much. More than I have ever imagined. How can I repay you?” I read an article a week ago. In the article Dr. James Jordan from Westminister Choir College asks this to his mentor. Her reply was “Light a candle in every student you meet. That is more than enough.” I can say that I met Freddie in a crucial part of my life. And I can say that he’s another One Winged Angel I have in my life.

When I finished my bachelors’ degree I knew I learned a lot. From my personal life to my personal life. What I can say from both is that no matter what may happen to me, how I feel or what life can throw at me… I have Three One Winged Angels: Music, Freddie, and Kevin. In my life, these two people and music have done so much to me that they can’t even imagine how they have changed my life for the better. Kevin, Freddie, and Music literally and figuratively they have saved my life. I only wish Kevin, and Freddie have One Winged Angels as I do. As for Music? I believe she’s an angel who has saved many and still has more people to save.

4 thoughts on “One Winged Angel” 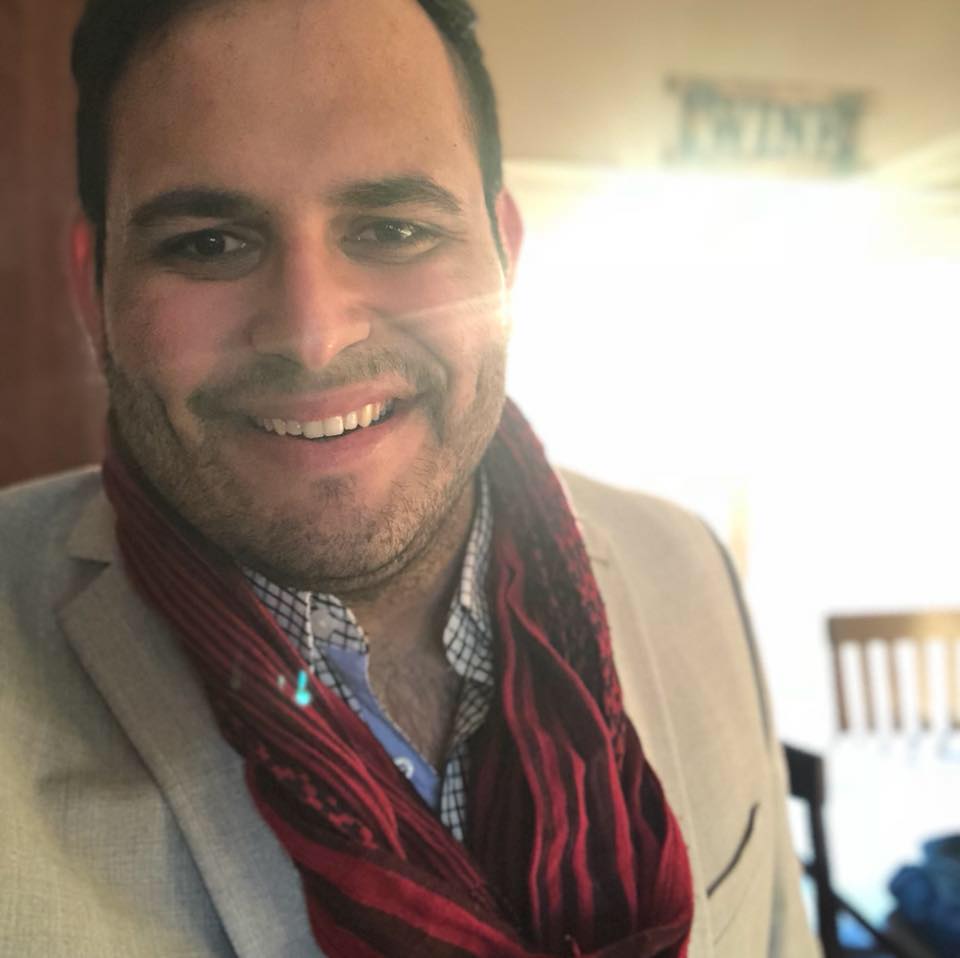